Did you know that three in ten people with asthma use more than 12 reliever inhalers a year? This puts them at risk of an asthma related death

Research carried out by hmR Ireland, which looks at the over-reliance on reliever inhaler medication by people with asthma in Ireland.

Reliever inhalers (which most people recognise as the blue inhalers) if over-used, are strongly linked with severe asthma exacerbations and asthma related deaths

What is an Asthma Exacerbation?

An asthma exacerbation is an episode of progressive worsening of symptoms of asthma, including shortness of breath, wheezing, cough, and chest tightness and it can progress to a severe asthma attack. 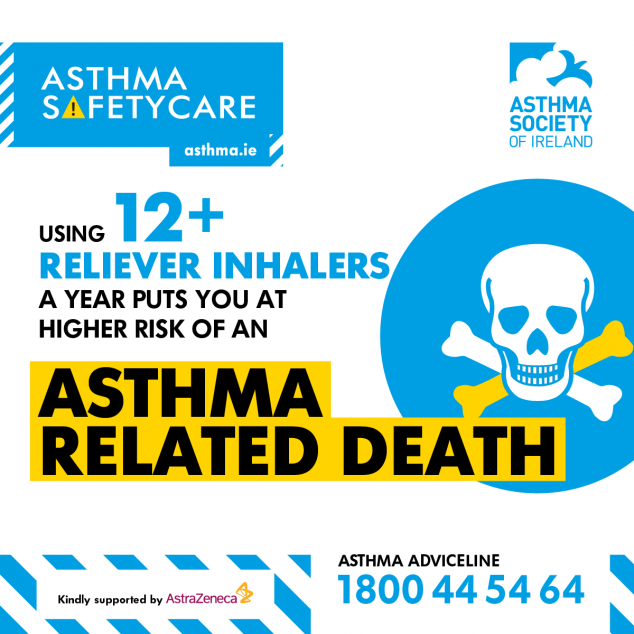 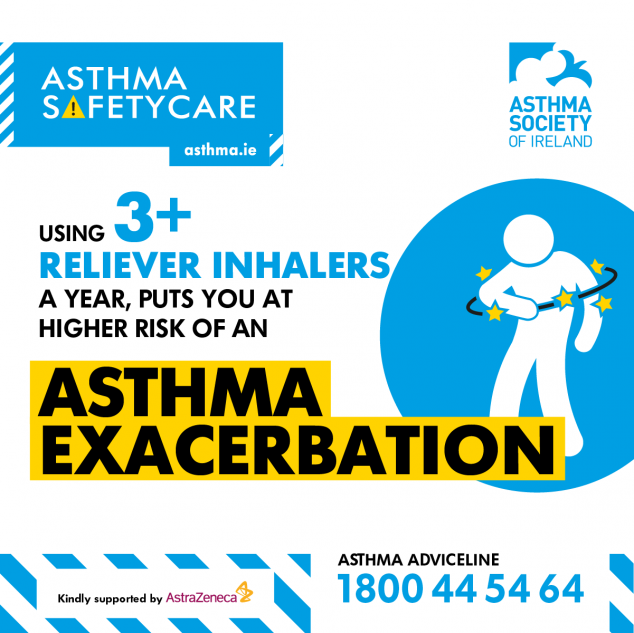 The Asthma Society is calling on all people who are over-reliant on their reliever inhaler to act now to get their asthma in control.

People with asthma should take the following actions:

For anyone with asthma, or for anyone who cares for someone with asthma who would like to speak to someone about their inhaler usage, The Asthma Society of Ireland runs a free Asthma and COPD Adviceline. Users of the service can speak to a respiratory specialist nurse who will work with them to assess if they are overusing their reliever medication and review their asthma control.The free Asthma and COPD Adviceline is available on 1800 44 54 64.

Ingrid McLoughlin from Howth had a very hard time for two years because of her asthma. She was completely reliant on her reliever inhaler to stay alive.

After changing Ingrid’s medication, she is now in a much better place in life. She is a happy girl who loves to run and dance. If you are using more than three reliever inhalers a year, you are over reliant and you need to seek help: 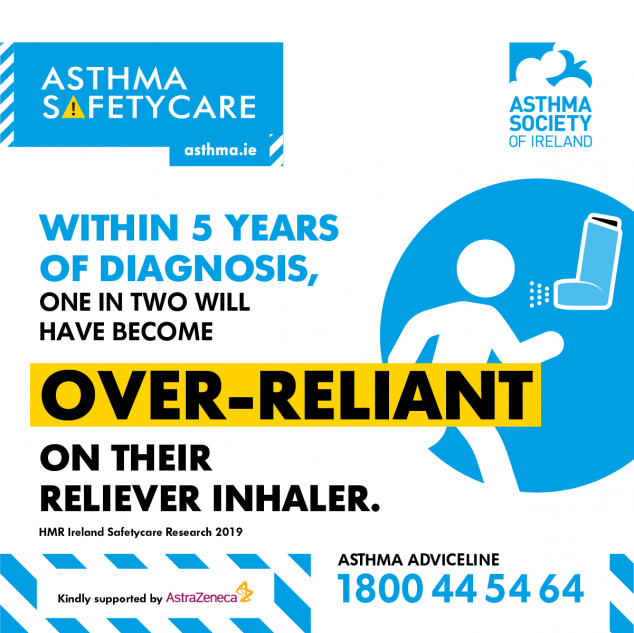 This project is supported by the Department of Rural and Community Development and Pobal through the Community Services Programme.