The Asthma Society of Ireland has launched their #OwnOurAir Campaign, Clean Air campaign aiming to make the air we breathe cleaner and safer for the people of Ireland.

The #OwnOurAir campaign was launched with an ‘on-street’ awareness event on Pearse Street to help people understand the importance of clean air. The Clean Air campaign will last until December 2019, and will include public awareness events, research into how to improve Ireland’s air quality and advocacy work with key environment decision-makers in Ireland. 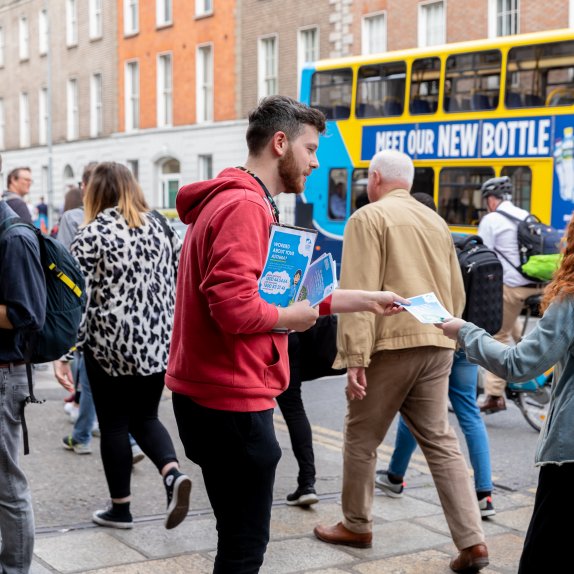 The Asthma Society engaged with members of hte public on Pearse Street, helping them to understand more about hte impact of air quality on their health, while also offering FREE FeNo and Peak Flow testings at a nearby location (this clinic was fully booked).

Pearse Street was chosen for the destination of the launch as a recent report released by the EPA, which accessed Nitrogen Dioxide (NO2) levels across Dublin, revealed its NO2 levels to be the highest in the city[1].

Key initiatives to tackle air pollution, as advocated by members of the public who completed the #OwnOurAir campaign survey:

Air pollution is a danger to every member of the population and is considered to be the cause and aggravating factor for many serious respiratory diseases such as asthma, COPD and lung cancer.  For further information on how to improve our air quality in Ireland and to support the campaign, the general public is being asked to visit www.asthma.ie/cleanair.

Air quality was recently described by the World Health Organisation (WHO) as the world’s largest single environmental health risk, and Ireland is no exception to this problem. While Ireland is largely within the EU limits for air pollution, it fairs poorly when measured against the WHO guidelines for emissions.

The patient event was supported by Circassia who provided a NIOX® FeNO testing unit to the Asthma Society and by Genomics Medicine Ireland who facilitated the testing at their research clinic on Pearse Street. The Clean Air campaign is supported by funding from the ESB Energy for Generations fund, Dyson, Toyota and CPL Fuels.